When Jaime Lizarraga was named to Huffington Post’s 2013 list of most influential Latino staffers on Capitol Hill, the UC San Diego alumnus had been working quietly in and out of government positions in Washington for more than 20 years — five of them as director of member services and senior adviser to United States House of Representatives Party Leader Nancy Pelosi.

It was while studying in the Division of Social Sciences that Lizarraga, a California native who grew up in the greater San Diego-Tijuana region, realized his future would be in public service. He was fueled, he says, by the intellectual challenge and the prospect of working toward social change.

“I knew early on that contributing in some form to making our country a better place was not only a passion but an important career priority for me,” Lizarraga said one afternoon, when he returned to campus as an alumnus to meet with old friends and department heads.

After graduating with his bachelor’s degree from the Department of Political Science in 1988, Lizarraga followed the advice of professors Peter Smith and Wayne Cornelius and went to graduate school in public policy. After earning his master’s, he moved to Washington and started his life work in public service. He wanted to be in a place where he could be more hands on, he said, where he could impact public policy. He wanted to make change.

And he’s doing it.

Lizarraga oversees a team in Leader Pelosi’s office that serves as her liaison to freshmen members and other subunits of the House Democratic Caucus. His team focuses attention on helping the newer House members achieve success in their new roles. Lizarraga is also responsible for working closely with the Congressional Hispanic Caucus.

Helping party members is not the only thing in his day-to-day duties. Calling regular days rather unpredictable, Lizarraga has a list of policy areas Leader Pelosi comes to him for strategic advice and guidance. He focuses on immigration, financial markets — like Wall Street reform after the crash of 2008 — housing finance, commodities trading, international financial institutions, and national housing policy. He dabbles, he said, in a few other policy areas, but these are the main areas Leader Pelosi relies on him for advice.

In October 2008, he staffed then-Speaker Pelosi in negotiations with the Bush Administration on emergency legislation to rescue the U.S. financial system from collapse, involving a taxpayer commitment of $750 billion. “Nothing had prepared any of us for dealing with such an unprecedented situation,” he said, noting he had only been working with Pelosi for six months.

“Imagine the challenge of building support for an unpopular bailout seen by the public as rewarding the most reckless behavior on Wall Street. With a national election a month out, many House members saw it as a career make-or-break vote,” he said.

One of his proudest moments, Lizarraga said, was working on the related 2010 Dodd-Frank Wall Street Reform and Consumer Protection Act, designed to prevent a repeat of 2008. Dodd-Frank was “a gargantuan effort,” he said.

“We spent two years working on it. The far-reaching scope of the legislation made it one of the most difficult, yet rewarding, experiences that anyone in my line of work could hope for,” he said.

Another financial markets issue — one that didn’t get a lot of attention, he said — marks an additional proud moment for Lizarraga. In 2016, Democratic Leader Pelosi and House Speaker Paul Ryan came together to work on bipartisan legislation to help Puerto Rico restructure its $70 billion public debt. Though controversial, the Puerto Rico Oversight, Management and Economic Stability Act passed the House with majority support from both political parties.

“We negotiated for the better part of two years and achieved a rare bipartisan compromise,” Lizarraga said.

With Lizarraga mentioning yet another example of when the two political parties came together as a proudest moment, it becomes clear he really is motivated by a desire to serve the public. He brings people together — through mentorship, through working tirelessly on pressing issues for the U.S. — to effect change.

Case in point, and one that leaves him beaming with pride: After the 2010 November elections, the Democrats in the House of Representatives became the minority party. It was during this “lame duck” session, until the new representatives could be sworn in the following January, that they successfully passed the DREAM Act in the House.

“In the face of very strong opposition, it was a historic achievement for Speaker Pelosi,” he said, “and as the son of immigrants, it was one of the proudest and most emotional moments of my career.”

Lizarraga is the son of immigrant farm workers from Mexico. He was born in California’s Central Valley before living in Los Angeles for a time and, then, San Diego and Tijuana. His father finished 6th grade and his mother had some vocational education but never graduated from high school. Lizarraga tells stories of coming home from junior high school in San Diego to fill out job applications for his father, who didn’t write English well enough to do so himself. Lizarraga is the first person to graduate from college in his family.

“Having gotten to where I am now and knowing where my parents came from, I often have to remind myself of how significant that is,” he said. 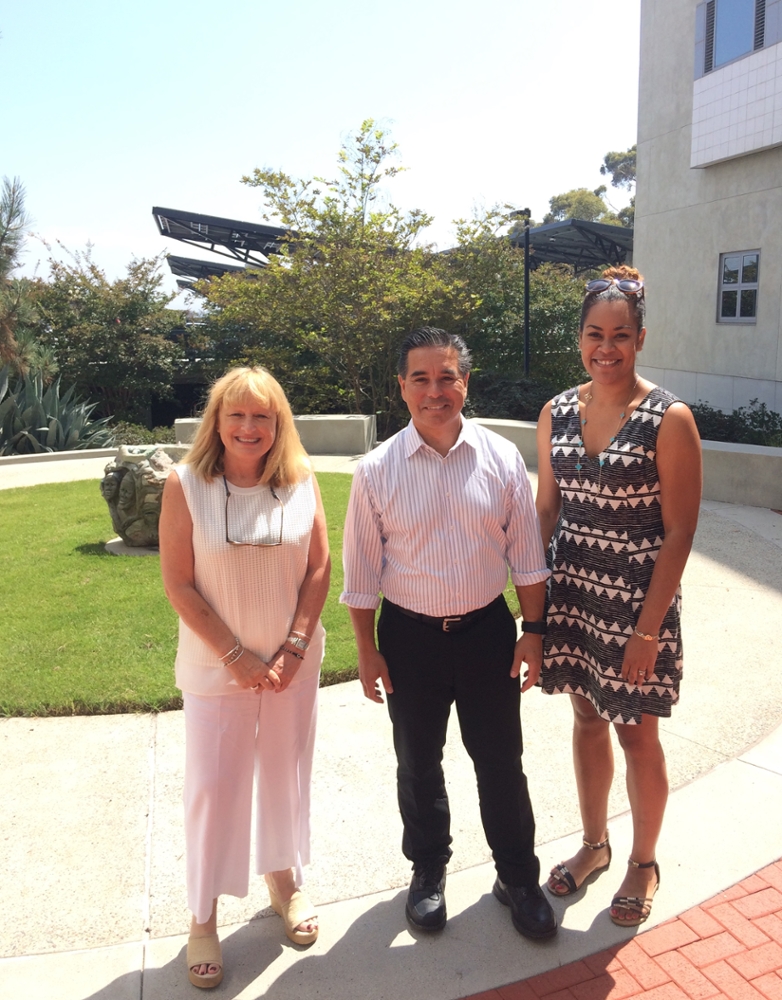 And after seeing the Huffington Post article, Lizarraga said, “it made me want to continue to do a lot of the mentoring that I’ve been doing over the years, with both Latino and non-Latino young people, who are interested in working on Capitol Hill.” He’s both a formal and informal mentor, a role he said he is happy with because it gives him a chance to give back.

And the significance isn’t lost on him in what he hopes to achieve as a Latino on Capitol Hill. He said Pelosi makes promoting diversity of all types — gender identity, ethnic, regional — a high priority. “It’s not easy and it takes work,” he said, “but it’s worth it. It helps when we have leaders who are committed to it, and when they are diverse themselves.”

Lizarraga is quick to say he owes much of his success to his UC San Diego education and that he would never have imagined being in the position he is in today, thinking back to his time on campus and before, growing up in the border region. “If you had told me that one day I would have the privilege of serving the first woman in our country’s history to be elected Speaker of the House, I would have laughed in your face,” he exclaimed, saying he loved returning to campus.

“It’s been a very nice surprise,” he said. “I do have to remind myself often that this is a unique place to be, and only a handful of us in the country have this opportunity. We can’t squander it. We have to take full advantage of it.

We have to make the world a better place – especially now.”

This story was originally published on the UC San Diego Division of Social Sciences website.